Formerly Schizostylis.  A very valuable late flowering perennial, starting in autumn and continuing off and on during mild winters.  The spikes of pink tinted flowers appear in early autumn above sword-like bright green leaves and are held well above the foliage, flowering over the winter in mild areas.  They make good cut flowers.  This species enjoys a rich moist soil which does not dry out in summer and is very tolerant of north facing slopes or clay soils.  Pot size 1.5 litre.  Grown organically in peat free compost.

Divide in early spring or late summer. Remove any foliage affected by frost or snow. 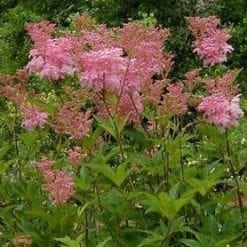